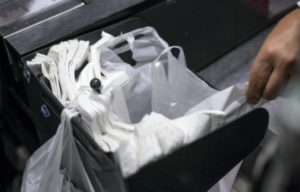 France is one of the first countries in banning the use of single-use plastic bags in supermarkets and small stores from July this year. On a second stage plastic containers for fruit and vegetables will be prohibited from beginning of next year 2017. Pioneer initiative included in the law of energetic transition in the neighbour country.

According to official data about a 75% of the waste found on the seabed of our oceans and seas are plastic, which represents a catastrophe for the marine fauna that mistakenly take it for food.

A determined commitment in favour of more environmental-friendly packaging or biodegradable materials such as corn starch or potatoes. Let’s hope our country may follow similar policies to control and reduce plastic in both domestic and industrial uses and promote more ecologic packaging such as ceramics.

We use cookies on our website to give you the most relevant experience by remembering your preferences and repeat visits. By clicking “Accept”, you consent to the use of ALL the cookies. However you may visit Cookie Settings to provide a controlled consent. Read More
Cookie settingsACCEPT
Manage consent

Advertisement cookies are used to provide visitors with relevant ads and marketing campaigns. These cookies track visitors across websites and collect information to provide customized ads.

Analytical cookies are used to understand how visitors interact with the website. These cookies help provide information on metrics the number of visitors, bounce rate, traffic source, etc.

Performance cookies are used to understand and analyze the key performance indexes of the website which helps in delivering a better user experience for the visitors.